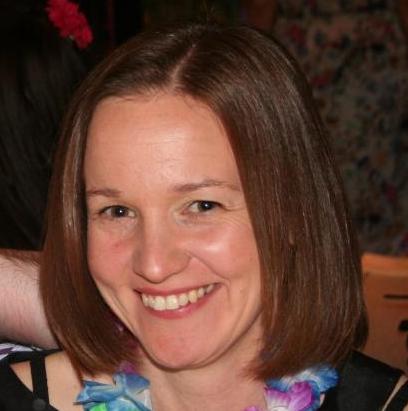 I want to share with you our family’s story of how we became involved with Daisy Chain and explain how they have transformed our family life.

We have 2 children – Dylan our eldest is a pretty average child; he hit all his childhood milestones as expected, sailed through school without a problem and responded to our parenting well. In November 2007, we had our second child, Samuel, whose birth had been anticipated with great excitement. Sam too hit most of his early childhood milestones as normal, walking and crawling etc. when expected, but at around a year old he developed a speech delay. We thought nothing of this, merely a hiccup along the way and sought the necessary professional help.

But as Samuel grew, it became clear that speech was not the only thing he would struggle with. He didn’t seem to learn the “rules of life” like other children. All those social skills that we don’t teach implicitly, like when to take turns in a conversation just didn’t come easily to Sam. The older he got the more problems seemed to arise.

Getting Sam to “play” as a toddler was difficult. At Stay and Play sessions, he would flit from one activity to another – always avoiding contact with other kids or parents. In fact, what he loved to do was junk modelling – you know the type of thing, building forts from cardboard boxes. Except Sam didn’t build things to “play with’ as Dylan had, he built things to understand them. So in our house, we have built 14 leaf-blowers, each time perfecting the model until it was just right, at least 10 ultrasound scanners were built when a friend had been for their baby’s 12 week scan, and then after a particularly noisy school disco that Sam had opted out of, we had to build replica floor polishers for a week, as the cleaners had shown Sam what they clean the floor with. All I can say is thank goodness for the internet as I’m not sure I’d have coped with it! He didn’t share his knowledge with his peers though – he’d just keep perfecting the build then move onto his next project.

So Sam played differently – so what?

But it was learning everyday tasks and social rules that Sam and the rest of us found the most frustrating. Getting him to do basic tasks like dress himself or brush his teeth was such a struggle. He is and was always a bright child – he knew how to do these things but could not stay on task. We tried every parenting technique we could find – professionals offered advice but all the “strategies” failed. How could he understand the finer points of how an ultrasound scanner works but not be able to dress himself?

Taking Sam to public places such as shopping centres, the doctors or parties was a nightmare. He’d run off, be rude and throw tantrums, much to Dylan’s embarrassment. In the doctors surgery, he would literally try to climb the walls, which made consultations a challenge.

When Sam was at nursery, it was clear that he didn’t “fit in” and it was at school where the educational psychologist first mentioned the word autism.

SO, we set off on our diagnosis journey. But how could this be?? He made eye contact (well, with people he liked he did, perhaps he is shy), he had a precocious understanding of language by now and sounded like a mini adult when he spoke (so is it a crime to be intelligent?), he could be very loving and cuddly (don’t autistic kids hate to be touched?). In my naivety, assuming that all autistic kids are the same, I was sure Sam wouldn’t get a diagnosis, but I knew we needed help. So I started to read – about autism & Asperger’s. I read these kids liked routine, preferred adults to children – they are predicable in their language unlike kids who might go off at a tangent, they struggle to remember the order of everyday tasks yet have amazing memories for facts on their obsessions, they can seem like little professors, they don’t like social situations like parties, often don’t like crowds, don’t understand the social flow of everyday life. Suddenly, I was starting to tick a lot of boxes.

By the time Sam started school, things had really started to mount. He hated school with a passion. He was in a large busy class facing all the things that autistic kids struggle with. It was making him miserable and us worried. School should be a happy time for children, not an endurance test.

By the time we had our first meeting with the paediatrician, we had a long list of issues and confusing behaviours, which made Sam seem like a problem. I found this very depressing that we hadn’t found the answers to all these seemly small problems that mounted to a heap of misery. I also wasn’t convinced that anyone would take our concerns seriously. Our first appointment was interesting as Samuel conducted his conversation with the paediatrician from beneath her desk in beautiful Home Counties English!! (This was after I’d lifted him down from the filing cabinet that he’d climbed on while asking the doctor how her blood pressure monitor worked!!!). After taking the usual history, she asked me “Does he tend to not look forward to things that kids normally enjoy, like parties for instance?” “Oh – yes, he does actually,” I replied, “like getting all anxious about Christmas instead of excited.” How would she know that??

Time ticked on and the problems mounted, so when we next saw the paediatrician, she explained that we were very likely to get a diagnosis of high functioning autism or Asperger’s, as it is commonly known. I asked, “Well, that is all well and good, but where do we find help in addressing all the issues that I’ve raised – the diagnosis doesn’t change the problem?” “Ah,” said the paediatrician, “you need to contact a charity called Daisy Chain”.

So I did – I thought that they were perhaps well meaning people who could signpost me to the professionals, rather like the National Autistic Society had at the start of the diagnosis process. But what I found was, actually, they are magicians.

I met with the lovely fairy godmother called Laura, who carefully listened while I described all Sam’s challenges, our concerns and our despair at our inability to help Sam successfully navigate his way through life this far. Laura listened carefully and told me all those problems had solutions and many parents had the same issues – you just needed the right strategies. I came home from that meeting feeling like a great weight had been lifted from my shoulders – I emailed my husband with tears streaming down my face, as I typed, “I’ve found some people who understand our problems, and they have the answers!!!”

And they did – and still do. We slowly tackled all our “issues” like tooth brushing – Daisy Chain suggested flavourless toothpaste – and it was like fairy dust had been sprinkled on it! It transformed Sam’s tooth brushing from a 20-minute a day trauma to a child that happily spends 2 minutes a day brushing his own teeth – magic!!

We attended the Daisy Chain Early Birds course and learned all about anxiety and using less language when giving instructions to Sam. Suddenly, he was able to follow instructions, which had seemed an impossible task before – more magic!!

Getting dressed in the mornings was transformed from a chaotic battle to a child calmly dressing himself in less than 5 minutes. The magic was that Daisy Chain understands the importance of teaching autistic children using visual aids – even those like Sam who have good language skills.

With their caring professionalism, and non-judgmental advice, they offer practical support that is worth its weight in gold.

In addition to the brilliant advice from all the professionals, I’ve also been able to enjoy the comfort of other parents facing the same issues as us at the Links parents group – an invaluable resource run by the team at Daisy Chain, where parents can share stories, strategies and their ups & downs, and the odd cuppa and cake!

Sam now enjoys his Thursday nights as it’s Daisy Chain night, where he can just be himself and enjoy some activities without worrying about fitting in.

So we’re 3 years on from diagnosis and we don’t have all the answers, but thanks to Daisy Chain, their support and advice has allowed Sam to flourish into an intelligent & determined boy with a great sense of humour & a passion for music. He understands that he has autism but it isn’t a problem, not now we have Daisy Chain – Sam’s proud to be different, and I’m proud of him too.