Rachel and Michael Hann have three children who are on the autism spectrum and are very much aware that one size does not fit all when it comes to their individual needs.

Tom is 11-years-old and has a diagnosis of Asperger’s Syndrome, nine-year-old Alex has just been diagnosed with Autism Spectrum Disorder and Leo, six, is currently on the pathway to diagnosis after beginning to struggle in school.

When Tom was six months old, not sleeping well and needed a lot of attention, the family moved back to Rachel’s home town of Stockton to be close to family for support.

When Tom was two-and-half he was referred to speech and language after issues were noticed in his playgroup. Rachel then discovered Daisy Chain on an internet search. “It was amazing to discover something like Daisy Chain on your doorstep. There was no provision like that where we previously lived despite being a city.”

Rachel and Michael both attended the Links parent support group and say Daisy Chain is especially invaluable in the school holidays, giving them a safe place to go and enjoy activities.

“They have grown up there,” she smiles. “It’s a place where we have always gone.”

Daisy Chain provides genuine support and respite for the family as Rachel and Michael readily admit it can be a constant battle to ensure their three sons get the support they need to succeed as individuals. 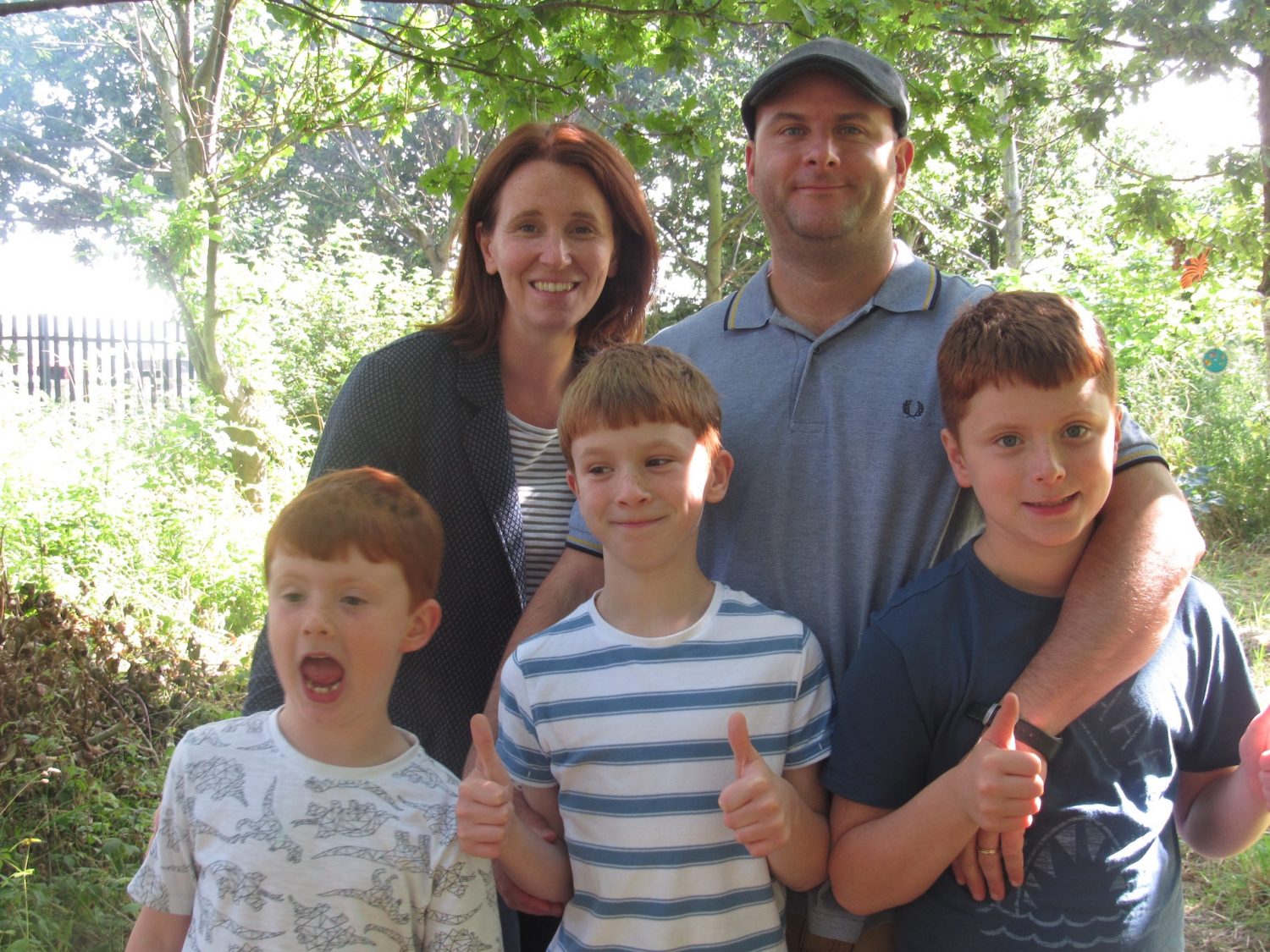 Michael explains, “All our boys are very different with different needs, but the struggle is the same to get those needs met. It’s an ongoing battle to make sure they each get what they need to be able to develop. As parents of children on the autism spectrum, I think you do eventually take it for granted that you will need to fight to make sure they get the same opportunities as other children.”

When their eldest son was born, Rachel noticed that he was not very sociable and she needed to keep a close eye on him as he had no sense of danger. “For example, he would try to let go of my hand at the seaside so he could run into the sea,” she explains. “But because he was our first child we didn’t realise there was anything different to other children. It was when we went to playgroup that he was referred to speech and language therapy because they could see there was something – he couldn’t cope at all with the sound of children crying.”

Michael adds, “He spent a lot of time in his own little world because his senses were overloaded but now he is older he has started coming out of himself. It’s happened bit by bit over the years, though it can be a challenge to get him to tell you what is going on his head.”

When Tom was diagnosed with autism/probable Asperger’s Syndrome, both Rachel and Michael felt somewhat relieved that they had an explanation. “It wasn’t something we were doing wrong,” says Michael. “We could start doing something, finding approaches that worked best for him.”

Alex was born before Tom was diagnosed and Rachel says he was more sociable so it was not until he was over two years old that they began to notice there were issues. Rachel says, “Alex became more demanding and would get very upset over something but we would have no idea what had triggered him. School said they didn’t think he had autism and we listened to them because I suppose you hope that he isn’t.”

It wasn’t until they changed Alex’s school that the new school asked them why they hadn’t considered he was on the autism spectrum. Michael says, “We found out he was upset and crying every day but we weren’t told how bad it was for him. If he gets something wrong it is the end of the world for him.”

Rachel and Michael describe Leo as a ‘right little character’. Says Michael, “He winds the other two up and he is already very opinionated. His challenge is currently reading and writing and being able to concentrate on learning.”

Despite the challenges of three children on the spectrum, Rachel and Michael are determined to rise up and meet them all. However, they say that Daisy Chain is an oasis in the midst of the challenges.

“Tom goes to the after school social club, we love the holiday clubs and Saturday activity days. Alex is on the waiting list for the social club. It’s a huge help, really amazing” says Rachel.

Michael concludes, “The staff and the volunteers at Daisy Chain all have a huge passion to work with the children and parents to help make life easier. The experts they bring in to give advice and the courses they run make a big difference.”

Rachel and Michael are set to do the EarlyBird Plus course at Daisy Chain now that it will be running from September 2018. The programme is for parents and carers of children aged four to nine affected by autism.