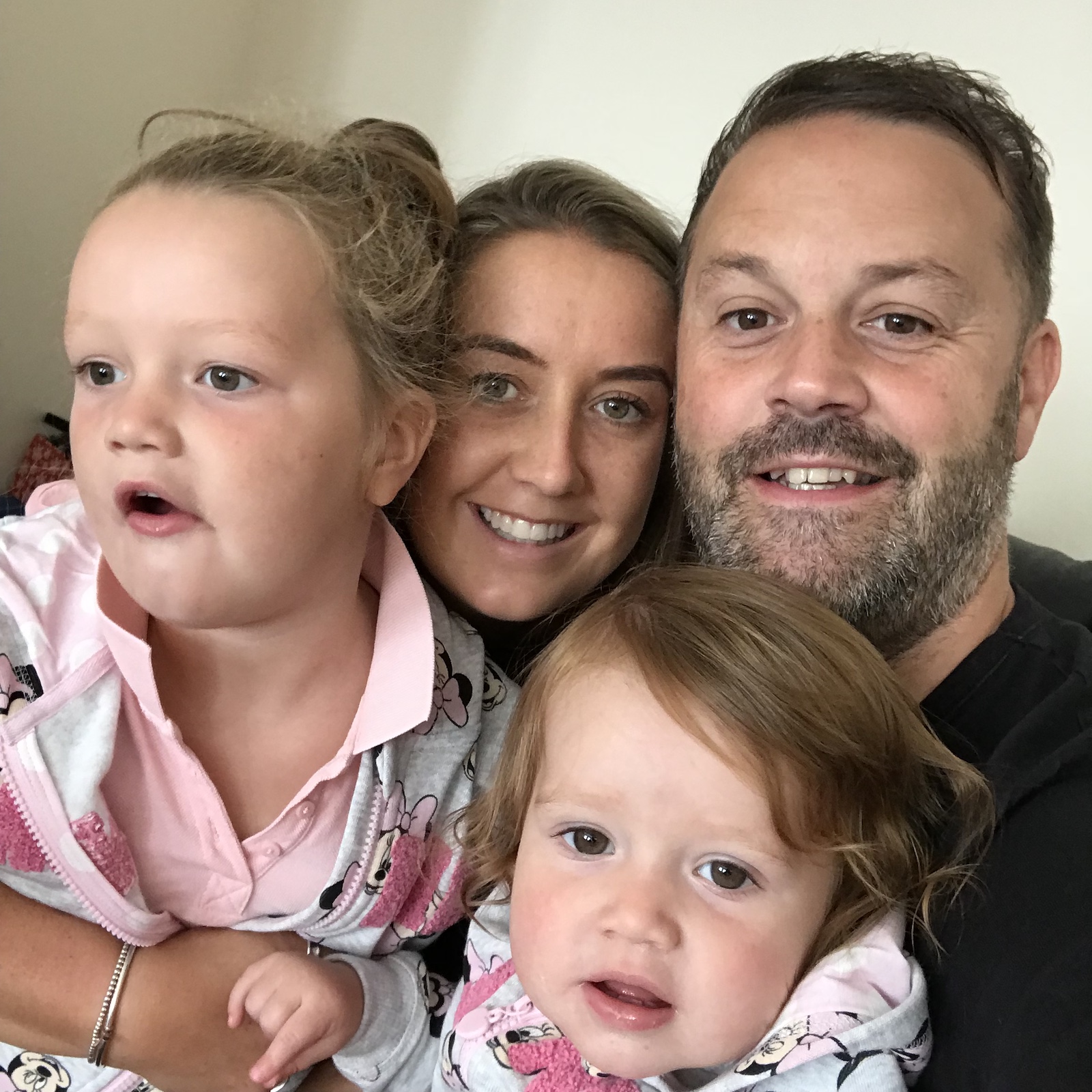 No-one understands how stressful it can be to have a child with autism and to have to fight to ensure they get the right support and education they need.

For the Rowe family, it makes the safe haven that Daisy Chain offers stand out as an oasis of calm in what can be turbulent times.

Mum and Dad, Duncan and Amy, enjoy visiting Daisy Chain as a family with daughter Emilie who is four and has autism and younger sister Neve who is just one.

Says Duncan, “Neve is very sociable and loves to play so Daisy Chain is somewhere she can go and mix with lots of children. Emilie is not so keen on playing.” Amy adds, “We had a playroom perfectly laid out with all the toys but she just showed no interest at all. Emilie likes physical play, being outdoors, the trampoline and swimming.”

It was when Emilie was 18 months old that Duncan and Amy were alerted something was different. Duncan explains, “Emilie had started to babble and say some words then she suddenly stopped talking and she didn’t respond to her name.” After a hearing test established there were no issues there, the couple self-referred to speech and language therapy and from there Emilie started on the pathway to an autism diagnosis.

“When you look back, all the signs were there – Emilie would stim* and flap but we just thought it was excitement. When the speech and language therapist mentioned autism, we knew nothing about it really. We started doing some research and realised that Emilie was ticking the boxes for classic autism.

“There is still a lot of misunderstanding about autism. People seem to still think that you may have a child that is a bit awkward but they will be a genius in one subject but that is not the case.

“There was no doubt from any of the professionals who were consulted that Emilie was autistic. Our challenge has since been to find the right school for Emilie. It can be a battle but we have found an ideal placement for her in Middlesbrough. It’s all very stressful. We are both very passionate about getting what is right for our daughter but the stress still wears you down. You wonder if it wouldn’t be best at times to just stop fighting for the good of your own health as parents but we are glad we didn’t give up.”

Duncan and Amy agree that is why Daisy Chain is so important to them and other families, “It’s such a relief to go somewhere that you are not judged if Emilie makes noises, flaps or does something inappropriate. At Daisy Chain, you are just accepted and it is where you can feel normal as a family.

“At the moment Emilie is oblivious if people look or stare but as she gets older that won’t be the case and Daisy Chain will be even more important then.”

Amy adds, “Emilie loves the soft play and the outdoor areas. Daisy Chain is where Emilie learned to climb. She wasn’t really a climber but she learned how to do it on the rope climbing frame. Emilie knows what she wants but she gets frustrated and upset when she can’t communicate it. The older she gets the more her sensory issues come out. Sometimes we have to put her in the car and drive around or take her to the park but she doesn’t understand you can’t go to the park at two in the morning.”

The family have attended a holiday messy play at Daisy Chain and Amy says, “The girls absolutely loved it, it was brilliant. There are very few places I can take both girls when I am on my own with them and feel comfortable and secure because they both want to go off in different directions.”

Being able to mix with other parents both at the Links parent support group and at activity days is important to the family. “It means you have people to talk to experiences to share and everyone understands what you are going through. You can’t explain to everyone that Emilie is autistic so people just look or judge but that never happens at Daisy Chain. It’s invaluable for families like us,” Duncan concludes.

*Self-stimulatory behaviour, also known as stimming and self-stimulation, is the repetition of physical movements, sounds or repetitive movement of objects common in individuals with developmental disabilities, but most prevalent in autistic people/people with autism spectrum disorders.