A Daisy Chain parent advisor has been nominated for a national Autism Hero Award created by the Anna Kennedy Online charity.

April Butterworth, 24, who works at the Stockton-based charity which supports families affected by autism, has been nominated in the Sibling of the Year category.

April’s older brother Mitch has autism and she said: “I have had a unique life. I grew up with an older brother whose needs were always more important then mine, a mum that had fibromyalgia and arthritis limiting her physical ability, and a younger sister and brother who needed love and care and to know that they mattered. The world did not accept my brother; strange looks while shopping, uncomfortable comments when we were picked up from school, questions from the teachers.

“Life can be chaotic. I grew up very quickly. Complaining about staying up later or wanting the latest trainers seems completely insignificant when you see your sibling struggling with such basic life skills. You deal with a lot of emotions and anxieties that would never usually cross the mind of a young person.”

April has worked for Daisy Chain for a year. She calls herself Mitch’s ‘big little sister’ and has pledged to protect him from a world that can often be hostile, unaccepting and lacking in understanding. She has also promised to educate as many people in autism as possible.

April said: “I promise to be a support to every autistic individual I come into contact with and to use our experiences to help others. That’s why I love working at Daisy Chain, the organisation offers understanding, hope and a haven to families affected by autism. It makes a real difference in people’s lives and that is extremely important to me.”

The Autism Hero Awards were created by Anna Kennedy, a patron of Daisy Chain and originally from Middlesbrough. Her two boys Patrick and Angelo both have a diagnosis of autism. The awards take place on Saturday November 11 at The Radisson Blu Portman Hotel in London.

Anna Kennedy explained: “These awards are a real opportunity to showcase and celebrate the outstanding contributions and achievements of individuals, teams and organisations who make a world of difference in the lives of those affected by autism. It is their dedication and commitment that makes all the difference.”

April said: “I was amazed when I heard I had been nominated as Sibling of the Year. I love my brother so much and I want to make the world a more autism-friendly environment for him and all the families affected. I am very proud to be shortlisted for a national award and looking forward to attending the celebrations in London on Saturday.’ 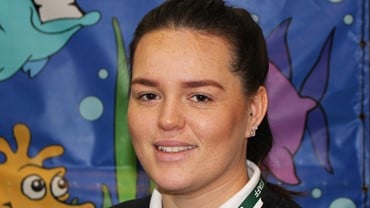