It wasn’t the butler that did it this time but over 120 guests had lots of fun trying to work out who did do it at a murder mystery night to raise funds for charity Daisy Chain.

The event, held at Rockliffe Hall near Darlington, raised over £8,000 for Daisy Chain, which supports families affected by autism.

Guests enjoyed a three-course meal while professional actors moved among them as the cast of a theatre company on a national tour performing Phantom of the Opera. But tensions were high and murder was on the menu. It was up to the guests to question the actors and work out who the murderer was and the motive.

Carolyn Pistellato was the super sleuth who successfully worked out who the killer was and the motive and won a bottle of champagne to celebrate.

It was lovely to see everyone having so much fun and enjoying the drama while raising funds for Daisy Chain.

£1,000 can fund a Saturday activity day for 50 families and £500 can fund a one-to-one support session for four children with more complex needs, so you can see how important these fundraising events are to us. I would like to thank all of our supporters who attended the event, helped us raise this fantastic sum and made it out alive! 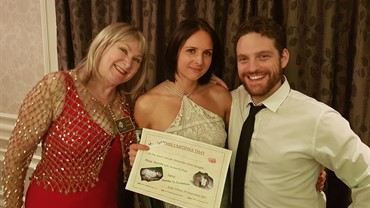