Yes, at the moment this project is funded by Children In Need and Daisy Chain.

During our face to face weekday sessions children can be left on site with our team. At the weekend sessions, parents are asked to accompany their children to the session.

No, these sessions are tailored for people with autism and their families but you do not need to have had a diagnosis to attend these sessions.

We have an extensive safeguarding policy as well as supportive and experienced staff that assist in these sessions. 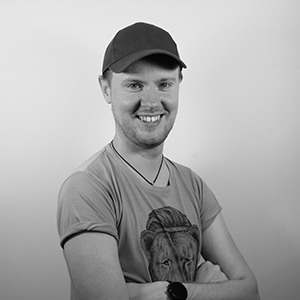 After gaining a Bachelor’s Degree in Acting Michael took some time out for other things before returning to complete a Masters Degree in Creative and Cultural Industries Management.
During his break in between degrees Michael began a job as an English Teacher in Thailand, followed by touring Theatre in Canada. He began working on multiple projects including CBBC, Theatre in Education in Wales as well as Pantomime in Spain.
Michael travelled solo around large parts of South East Asia, Europe and North America, volunteering at various projects as Teacher and occasional Handyman. He also worked with a Youth Theatre Group for several years, performing and helping behind the scenes on musicals. Michael enjoys collaborating with others to organise events, shoot films and host parties.
Michael specialises in Acting roles for stage and screen, plus Directing and Stage Management, he has also worked as Assistant Stage Manager, Lighting and Sound Engineer.

This project incorporates everything I love about Performing Arts, it gives us the opportunity to engage with people through a medium that I am passionate about, and have seen first hand how it can help shape lives, but also bring confidence and a place where people believe they can belong. I was starved of opportunities like this as a kid, and often wanted places that were more accessible to me and my family to enjoy my love for performing. I believe we have put together a programme that truly captures the essence of why we all individually love the arts and can share these passions with you.

No matter the time of day, if you hand me a nicely cooked steak in peppercorn sauce I will take it, eat it, and probably ask for more. I’m afraid once Game of Thrones finished I have never really picked up a TV show since, but you will often find me watching people on YouTube or Twitch. Hands down the best film in the world! Is The Blues Brothers, I can quote you every second of that movie, but I also love so many others, I am a real Film Buff. The other thing you may need to know is that for my sins I am a massive Newcastle United fan, and watch every game when I can.michael.foster@daisychainproject.co.uk 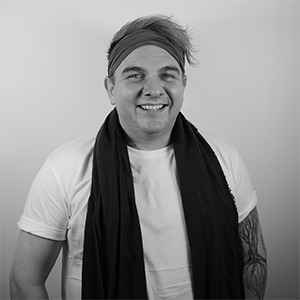 Matt is our resident noise maker. He is loud, ridiculous & energetic and works hard to make his sessions as engaging as possible. After leaving Liverpool Institute For Performing Arts in 2010 Matt has worked on a number of shows and projects including touring with ‘Evil Dead: The Musical’, a number of pantomimes and small scale musical productions. This makes Matt a dab hand at all things dance and musical.

He qualified as a teacher in 2012 and worked as the Programme Leader for Performing Arts at Darlington College for a number of years before leaving to open a nightclub where he manages a number of drag entertainers and events throughout the year.

He is also a keen videographer and has worked on a number of freelance projects in marketing and promotion, creating promotional videos, voiceovers and animations for local businesses. In 2020 Matt wrote a book called “Activities for the Apocalypse” which was designed to help adults get through lockdown with a smile on their face, emerging from the other side with an improved view on life.

I’m excited to see where this project goes as it has so much scope to be wonderful for the participants and their families. The holistic nature of performing arts is a fairly new field and is still being explored but what is really interesting is the positive ways in which arts programmes such as this can assist in the development of people with autism, providing some really rewarding outcomes. The team really cares about the young people involved and it looks like it’s going to be really exciting.

I love Greek and Italian food with tonnes of seasoning and spices and I have recently become a lover of all things spicy (I think it’s because I’m getting older and my taste buds are dying off). I love all things comedy and my favourite TV shows are things like ‘Parks & Rec’, ‘Brooklyn 99’ & ‘The IT Crowd’. My Favourite film is ‘Interview with a Vampire’ closely followed by ‘Mean Girls’. I love having a dance and partying with my friends as well as travelling whenever I can.matthew.campbell@daisychainproject.co.uk 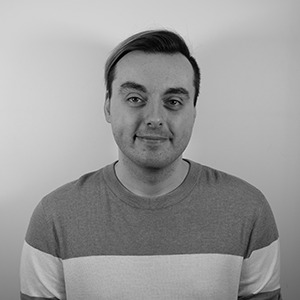 Michael has a Bachelor’s Degree in Theatre and is qualified in mental health support work. He has previously worked in both the Theatre and Mental Health fields, and he is most happy when he gets to combine both of these!
Two of his most favourite experiences so far have been providing after-school drama clubs for children with varying disabilities as well as working with a group of adults experiencing mental ill health to create a performance piece that showcased their personal experiences and explored issues around mental health in general.

Michael, along with two friends from university, is a co-founder and artistic director of a theatre company that has created many original pieces of theatre. He has spent time working in Poland creating theatre pieces around the themes of war for a project relating to Holocaust Rememberance. He has also previously ran drama groups, writing groups and general support groups for a North East based mental health charity.

I’m excited about this project as I have always been passionate about performing arts and any opportunity to share that passion is great fun. I think that performing arts are an excellent and fun platform in which to both learn about and express your identity, experiences and point of view. Over the years performing arts have helped me to grow in confidence and to gain a better understanding of the world around me, and being able to share those gifts with other people is definitely something I’m eager to be a part of! I cannot wait to see all the work the Rising Stars participants create, and of course all the fun we’ll have along the way!

I have a massive sweet tooth so I love most kinds of cake (especially red velvet!) but other than that I love a good italian or chinese (the homemade kind as well as the takeaway kind). My favourite TV shows are Game of Thrones, Hannibal, Lost, Friends and Archer – it’s so hard to choose just one, sorry! As for films, I LOVE films! I love anything from indie dramas to edge-of-your-seat horrors, avant garde cinema to action-packed superheroes movies, arthouse experimental stuff to classical ‘must see’ cinema. I love watching films and I love talking about them, but I’ll try not to babble on too much here…